EIF has always had its impact in the proportional technological development of Armenia, as well as the improvement of the professional skills of Armenians. There have been numerous successful projects to that end, and in this blog, we look at the Foundation’s activity in Gyumri.

Around 17 years ago, the EIF embarked on a mission to grow the technological ecosystem of Armenia’s second-largest city, Gyumri. Starting from 2006, EIF initiated the idea of turning the 2nd city of Armenia, Gyumri, into a techno city. As a result, in 2010, the program for the establishment of the GTC was launched, and in 2014, the center began to function fully in the renovated building in the heart of Gyumri city. GTC has been established by the Enterprise Incubator Foundation, the RA Government and the World Bank.

The second big initiative of EIF in Gyumri also works in previously unengaged areas: commercialization of innovative IT research, foundation of tech startups. The Center also helps IT companies attract foreign investment. GTC focuses on teaching and enhancing technical and business skills and promoting technological entrepreneurship. The training programs in GTC have graduated over 2.000 students since 2014. The majority of them started their career in leading IT companies.

The overarching mission of GTC is to transform Gyumri into a regional and international IT center. EIF envisions in GTC an environment that contributes to the sustainable development of Shirak via facilitating job creation, supporting talented youngsters, and connecting innovative business ideas with existing companies. The Center’s work is divided into three main branches: implementation of educational programs and events, development of creative concepts and products, and promotion of business. Now, GTC is adding one more project to its portfolio – the “Galique” (“The future”) initiative, which has an interdisciplinary approach based on the field of arts and culture. GTC has the vision to spread “Galique” creative labs not only in Armenia but also internationally. 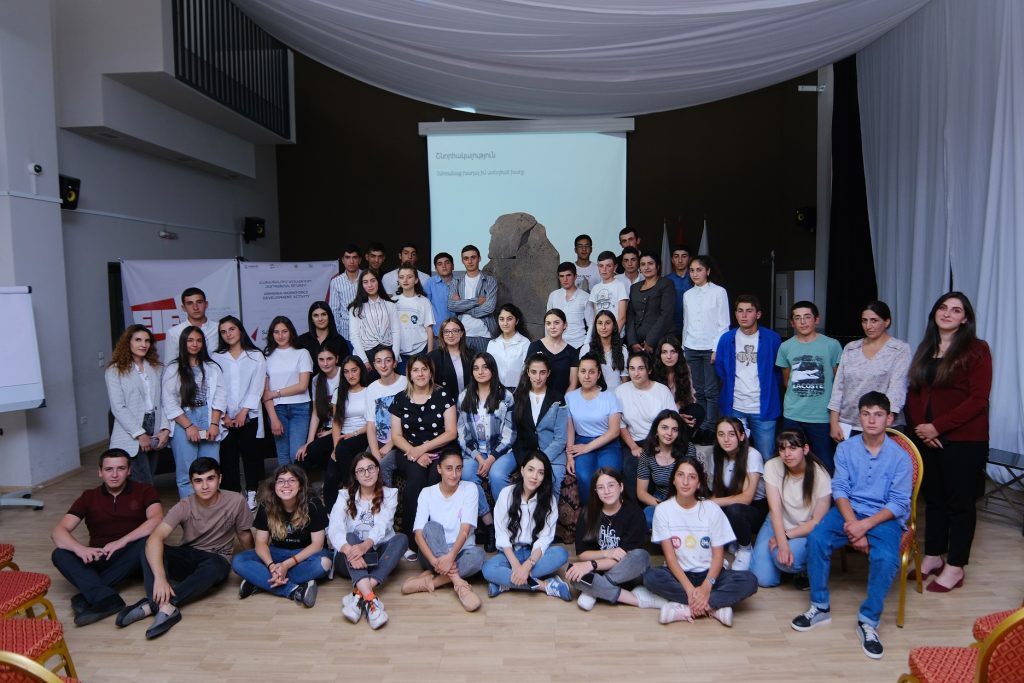 The Foundation took another step forward with the launch of the Regional Matching Grant (IMG) competition in 2014. The aim of this project, implemented under the World Bank’s “Innovation for e-society and competition” loan program, is to assist Armenian ICT and high-tech companies. With the mentorship and funds provided during the competition, the participating teams develop new products and services. Another aspect of RMG is introduction, adaptation, and development of ICT and high-tech in various processes.

The project obtained more international partners in 2017, when the German Federal Ministry for Economic Cooperation (BMZ) and the GIZ PSD SC regional program “Support to SME Development in Armenia” (SMEDA) joined as co-sponsors. Since 2014, more than 20 companies operating in Gyumri have been recognized as winners in the EIF matching grant competitions.

Since 2016 Gyumri Technology Center has engaged more than 60 companies, around 40% of which were branches of IT giants. During these years some local start-ups that started their activity in GTC grew and established their own companies in Gyumri city.

The Enterprise Incubator Foundation has clear strategic priorities in all these initiatives. The primary goal is the development of the Shirak region. The other priorities are the engagement of young people and women and the improvement of formal and non-formal education programs. The scope of EIF’s work is diverse: establishment of sustainable incubation mechanisms, development of IT startups, implementation of joint projects with large international companies, the establishment of training and research laboratories. Through these efforts, EIF assists in the creation of a strong IT ecosystem in Gyumri, which can provide local talent with jobs and advance the region’s development.

The activity of the EIF in the region is not limited to the programs implemented in GTC. New collaborations and developments are taking place all around the city. The presence and activity of a structure like the GTC also changes the general quality of life in the region.

The successes of the GTC program in the first years provided the basis for establishing another center with the same model in Vanadzor.