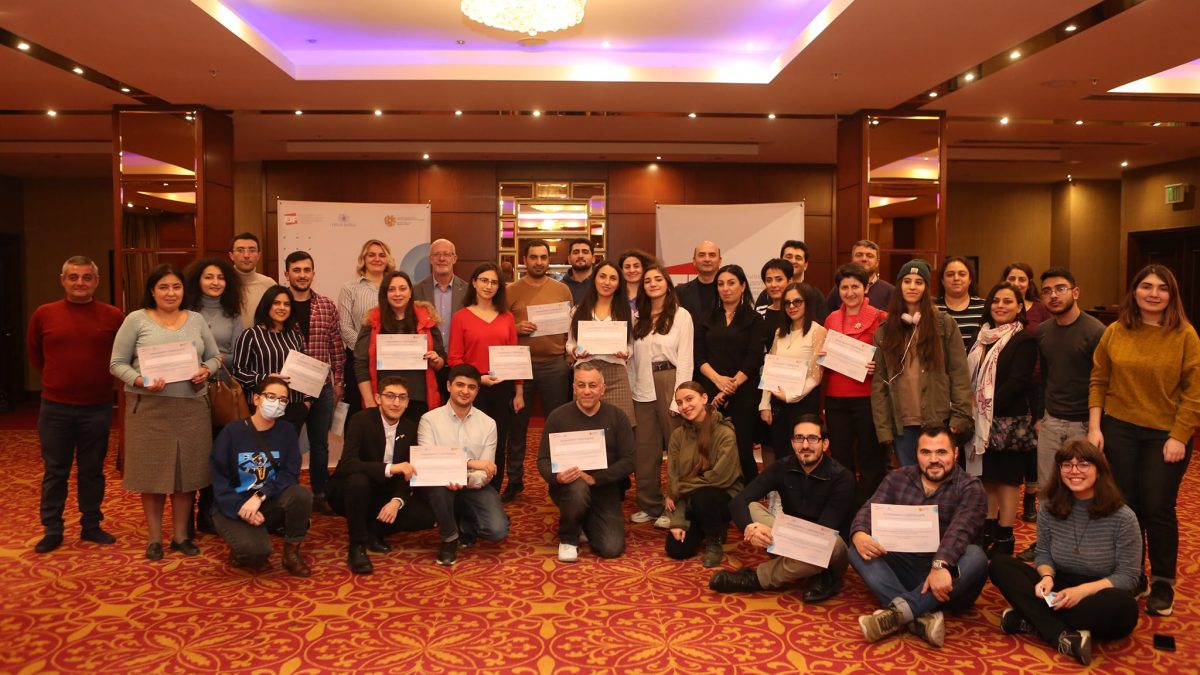 Enterprise Incubator Foundation (EIF) and Philip Morris Armenia (PMA) in partnership with the Ministry of High-Tech Industry of the Republic of Armenia have concluded “The best tech solutions in non-tech industries” idea competition.

It was created to support Armenian companies that aim to revolutionize traditional sectors of the economy through innovative technologies. These sectors, such as agriculture and tourism, make a significant contribution to Armenia’s GDP and regional development.

The project has addressed specific challenges, including low productivity and efficiency in non-tech sectors, lack of cooperation between tech companies and non-tech SMEs, difficult access to skills and funding for integration of technologies, and lack of awareness. The COVID-19 pandemic has highlighted non-tech industries’ vulnerability to crises and need for tech solutions. 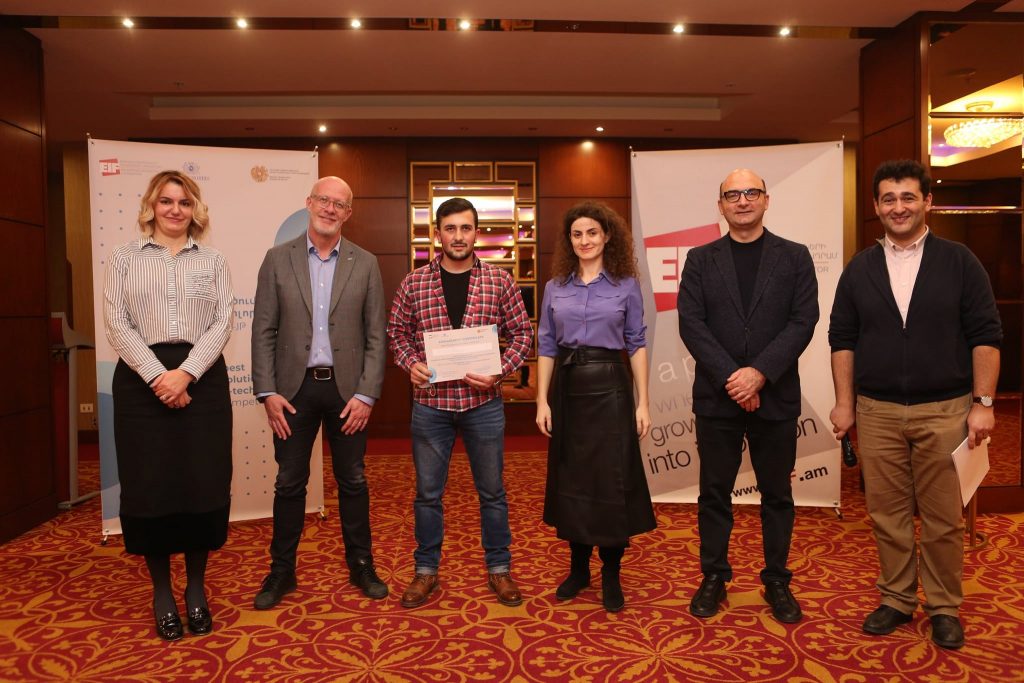 “The competition is about finding technological solutions that can change our economy. We’re happy to have the financial backing of PMA. It enables us to make this a large-scale initiative, as we intend to award grants to around 30 teams,” said Bagrat Yengibaryan, the Director of EIF.

“It is particularly important to see young participants, who want to push the economy forward and bring value to their society.” 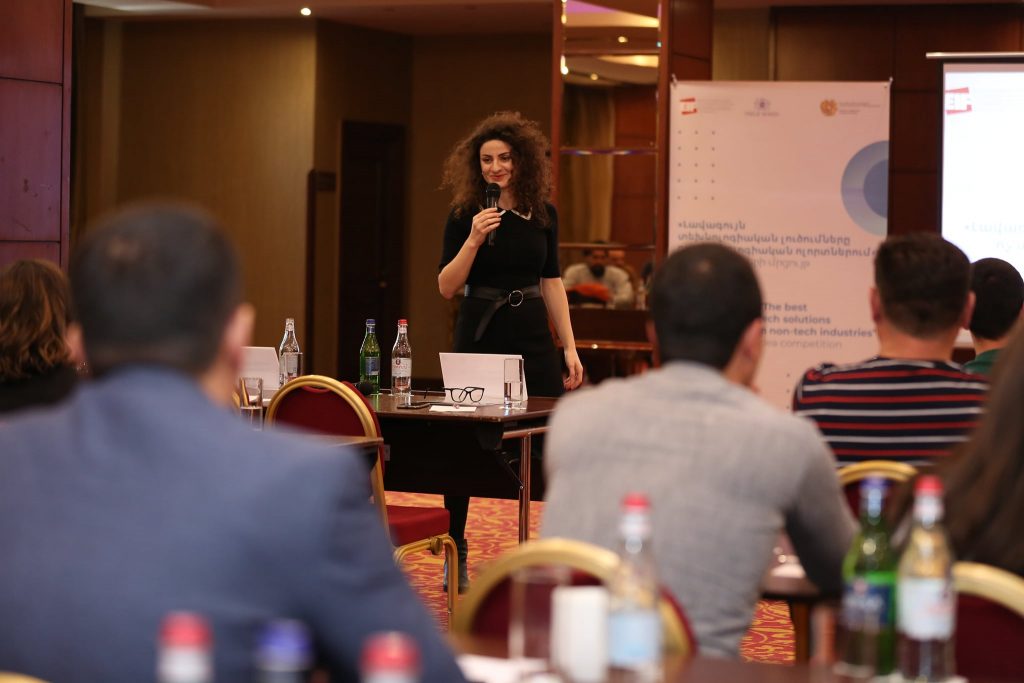 The initiative focused on empowering Armenian women and youth and encouraging development in Armenia’s regions. In terms of goals, the initiative mainly focused on sustainable economic development, with reference to UN’s SDGs, and set as the main objectives increasing awareness of new technologies and products of non-tech SMEs, establishing partnerships between tech and non-tech sectors, particularly those active in the regions, and making innovation an integral part of business development.

The sectors of economy, addressed by the competition, include alternative energy, design, manufacturing, science and education, agriculture and rural development, healthcare, psychology, and the hospitality industry. 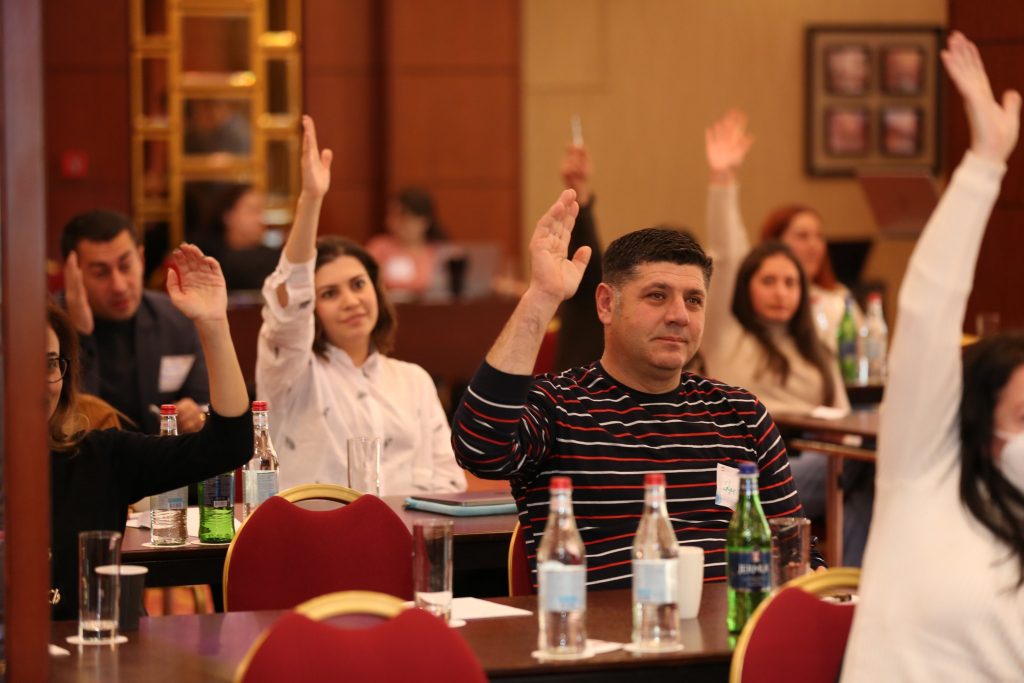 The competition itself took the participants through bootcamps, panel discussions, workshops, and pitching events, held over several rounds. Throughout bootcamp/acceleration events, the contestants discussed their ideas with top experts from both tech and business sectors and received valuable input from them. The workshops focused on training in pitching and idea validation. Finally, each team passed evaluation by the jury based on their pitching. The winners of the competition were announced during the award ceremonies at the end of each round.

On top of promoting tech solutions in non-tech industries, another major objective of the initiative was regional development. In the framework of the project, EIF actively collaborated with the technological hubs in regions to promote and engage as many teams as possible. In particular, Gyumri Technology Center (GTC) and Vanadzor Technology Center (VTC) provided huge support to the initiative.

External Affairs Manager at PMA, Victoria Poghosyan highlighted this aspect of the initiative.

“It is crucial to have even economic development throughout the country and have diverse teams working on important solutions,” she noted.

For this reason, 3 additional teams from the regions were declared winners as well, leading to 33 winning teams overall, which received up to $3,000 for the implementation and advancement of their solutions.

The initiative has had a significant impact: the survey EIF conducted after the competition shows that more than half of the respondent teams had never participated in development projects before. The idea competition helped almost 30% of the teams to find new partners, and unsurprisingly, 80% of teams consider networking to be one of the biggest achievements of the initiative. 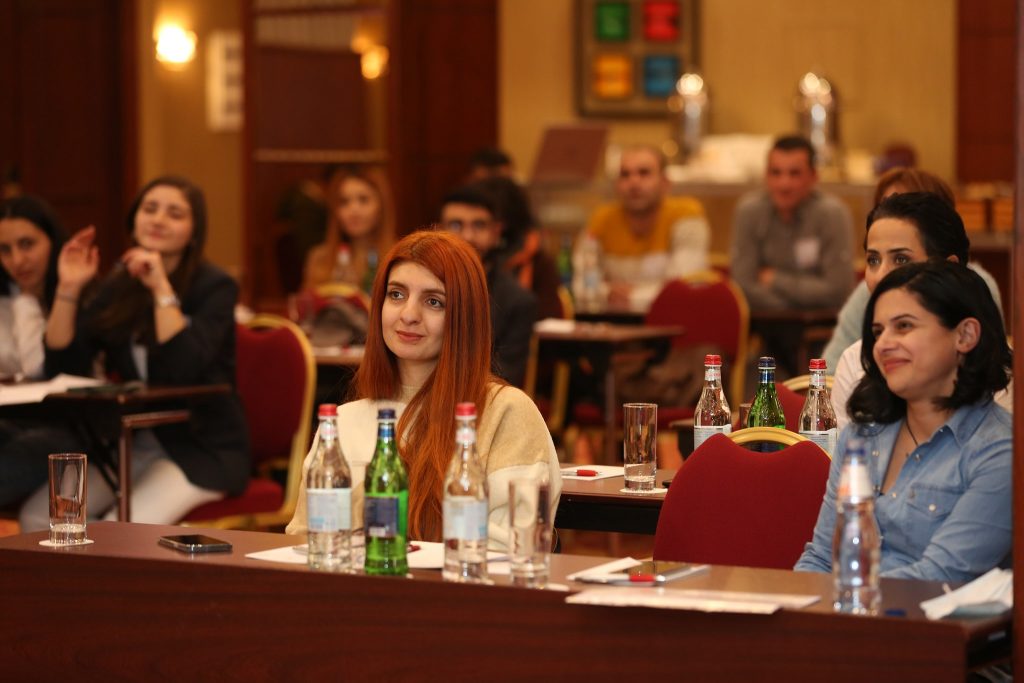 More results can be expected in the nearest future: in particular, around 70 new jobs should be created within the next 6 months. Almost half of the team plan to have their first customers and profit within a year. The funds teams have secured through the competition will be allocated on equipment and materials, as well as services like market research and promotion.

The large scope of the initiative means that many technological solutions will enter non-tech industries in the nearest future. Given the big and diverse range of the industries involved in the competition, the progress will cover multiple sectors of the economy. Another encouraging factor is that for a small market like Armenia, where startups usually aim to have some of their operations focused on international clients, large-scale initiatives provide opportunities to a large portion of startups to secure mentorship and funding.