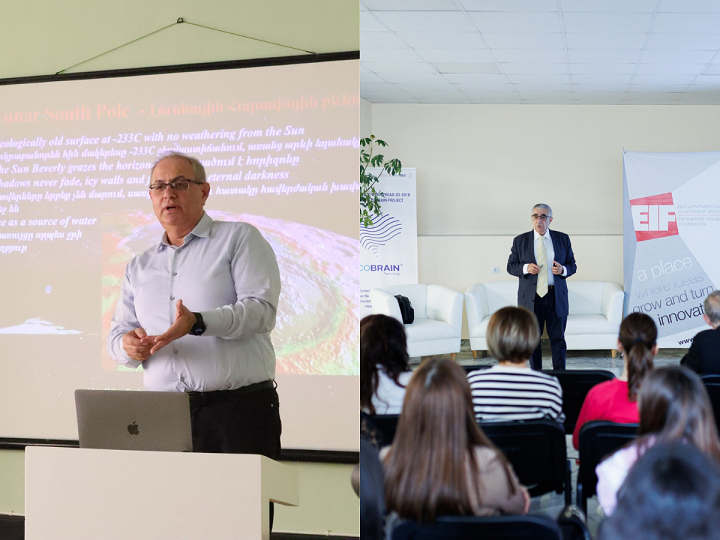 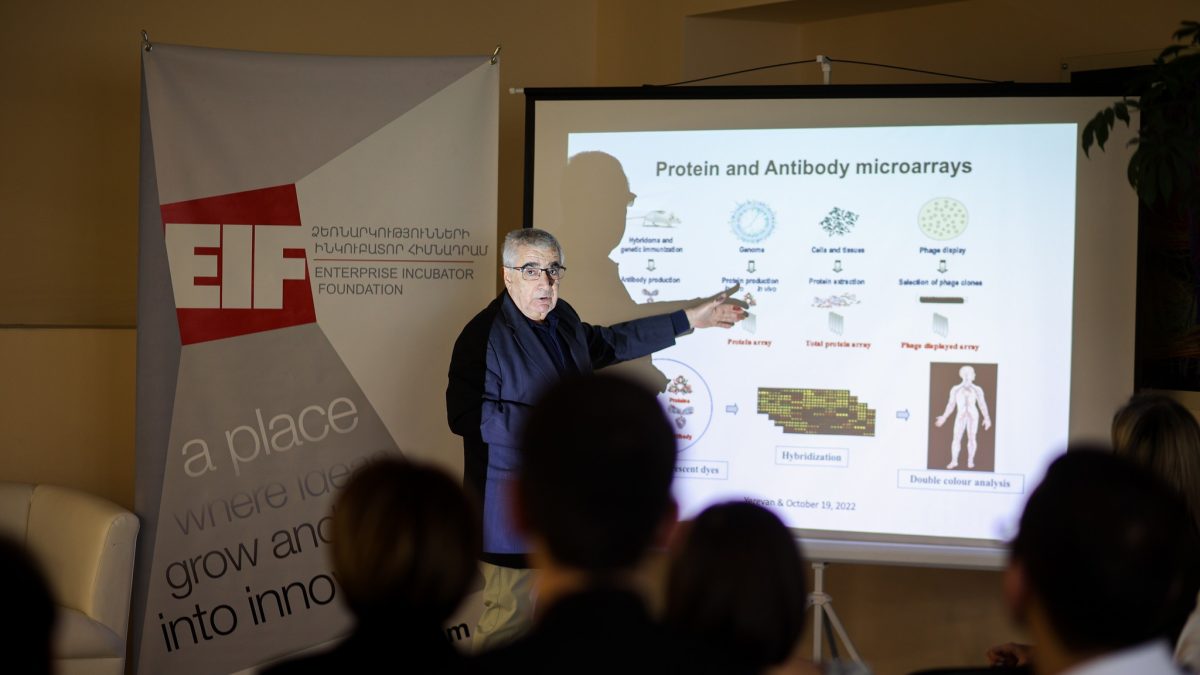 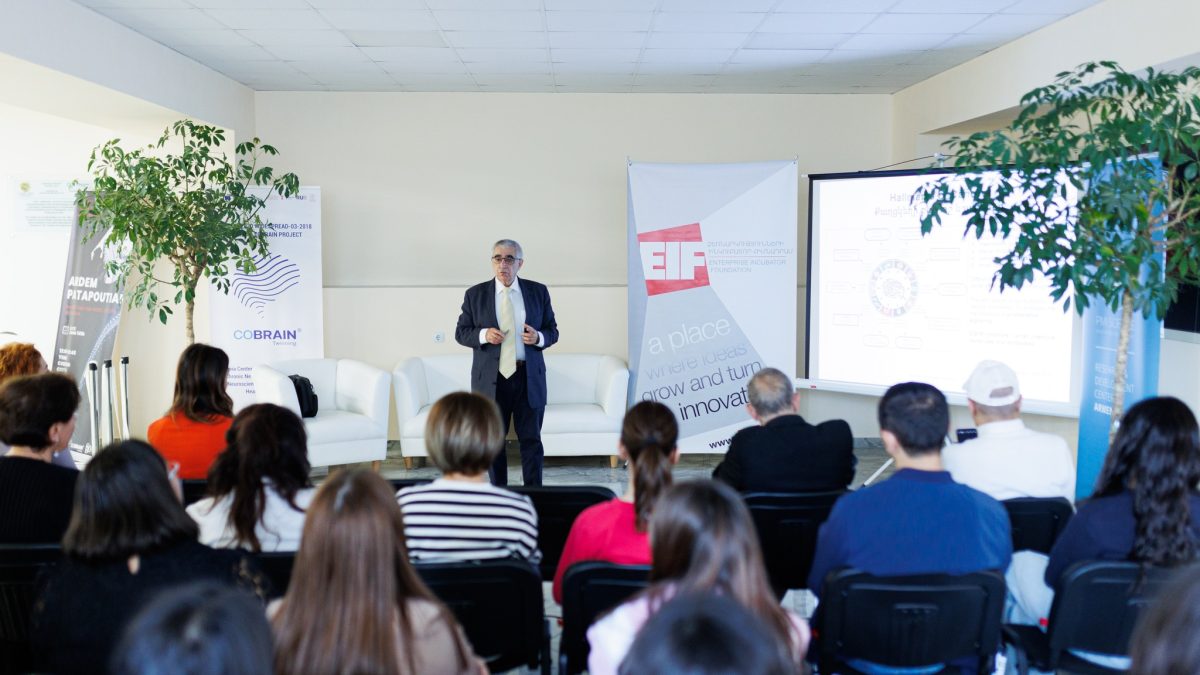 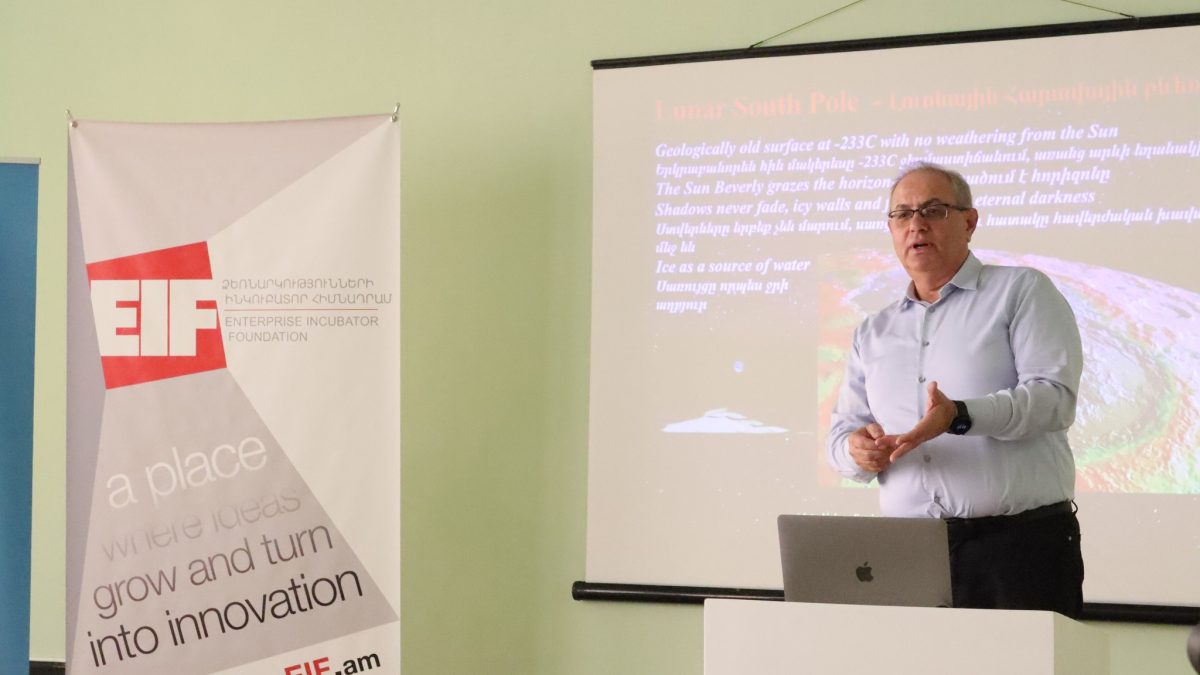 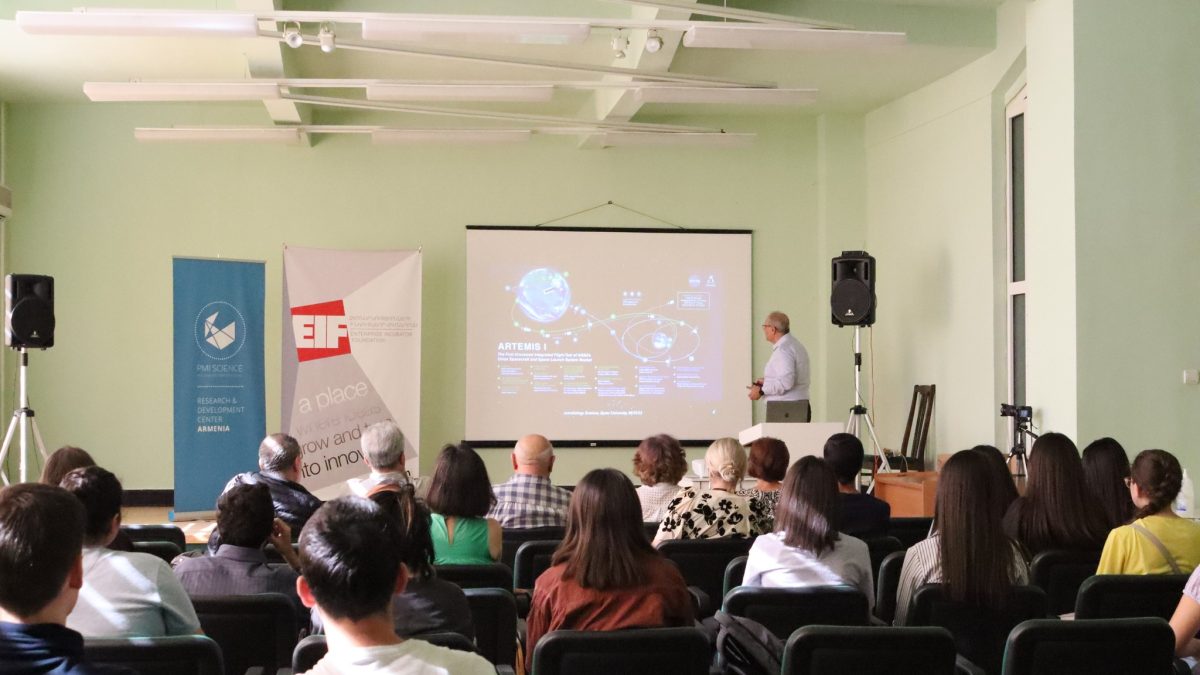 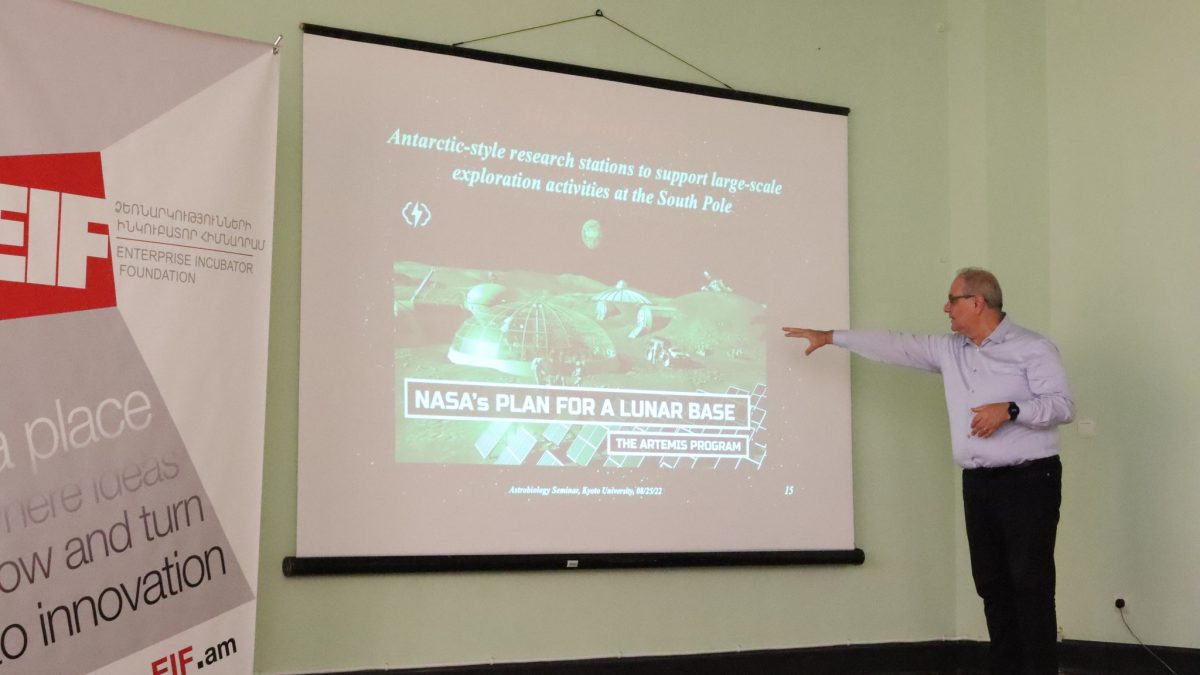 One of the major factors influencing the development of science is the opportunity for international collaborations. With that purpose in mind and with the support of PMI Science R&D Center, the Enterprise Incubator Foundation (EIF) launched Visiting Researcher Program to boost cooperation between Armenian scientists and their peers from other countries, bringing the best knowledge and experience to our country.

EIF opened the 1st global call and presented the program during info sessions in 11 institutes and universities, inviting researchers from foreign universities, research institutes, and companies. On top of that, the foundation did direct scouting to engage potential foreign scientists working in relevant fields.

In response to the global call of the Visiting Researcher Program 2022, applications arrived from 9 countries: Bulgaria, France, India, Iran, Italy, Lebanon, Palestine, Thailand, and the USA.

In September, EIF was delighted to welcome Prof. Vladimir Airapetian who is a Senior Astrophysicist at the NASA Goddard Space Flight Center’s Heliophysics Science Division and a Research Professor at the American University, DC. The agenda was diverse and included working closely with the Science Incubation team, meeting with various scientists and organizations involved in astrophysics and related fields to discuss the situation in Armenia and possible cooperation.

During the meetings with the EIF’s Incubation team, Prof. Airapetian held discussions on expertise exchange, network expansion, and engagement in EIF programs. He also met YSU rector Hovhannes Hovhannisyan to talk about further collaboration and delivered two lectures at the university, “The Search for the Life in the Universe” and “Solving Puzzles of the Moon and Mars”, earning wide coverage in the media.

“My recommendations were taken constructively by the rector’s team and I am currently working on the steps to improve the educational process. These steps are consistent with the recommendations to be presented by our members of the newly formed Armenian Society of Fellows (ASOF)”.

Future cooperation with Prof. Airapetian is on the horizon, as an agreement was reached with him on the joint organization of scientific and educational events as well as the implementation of initiatives contributing to the development of astrophysics in Armenia.

Later on, EIF welcomed Prof. Vehary Sakanyan, Biotechnologist, Professor Emerita at Nantes University (France), and Foreign Member of the National Academy of Sciences of Armenia. Prof. Sakanyan was also actively involved in activities of the Science Incubation Program and science ecosystem development programs. He had discussions with the EIF’s Incubation team on sharing expertise for the team’s relevant projects and talked with the EIF about engaging in the foundation’s programs and mechanisms.

The Yerevan State Medical University was the other major site of Prof. Sakanyan’s visit. He delivered two lectures entitled “Trends in the Fight against Aggressive Cancer” and “New Methods of Screening in Biotechnology” at the university’s COBRAIN Center. “Cancer is a complex disease,” Prof. Sakanyan said during the lectures. “It does not have one single cause. New methods of screening allow us to study millions of molecules simultaneously, making the diagnosis much faster and more accurate.”

According to Sakanyan, Armenia should seriously turn to modern science, which is closely related to the economy.

“It is necessary to finance, first, biotechnological developments, which can accelerate economic implementation in the coming years. Armenia must create a competitive base in the region with the involvement of American and European financial potential. I confirm that biotech research is best suited for this”.

Even before the visits of the esteemed professors, the EIF and PMI Science R&D Center decided to greenlight the second global call. The Visiting Researcher Program is a unique opportunity for creating possibilities and environments for Armenian and foreign scientists to meet, share expertise, exchange ideas, and agree on further collaboration. The EIF envisions bringing more top-class specialists to Armenia to boost that process.